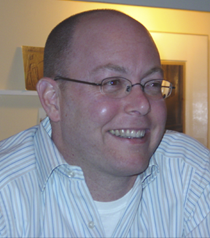 Chair and Professor of History

Soccer and History in Latin America: Making the Beautiful Game (not offered 2022/23)

Latin America From Conquest to Independence (not offered 2022/23)

Approaching the Past: National, Transnational, and Postcolonial Histories

Democracy and Dictatorship in Latin America

Articles and Essays:
“Women and Notions of Womanhood in Brazilian Abolitionism,” in Gender and Slave Emancipation in the Atlantic World, ed. Diana Paton and Pamela Scully (Duke University Press, 2005)

“The Paraguayan War and Political Culture in Rio Grande do Sul, Brazil, 1865-80,” in I Die With My Country: Perspectives on the Paraguayan War, ed. Thomas Whigham and Hendrik Kraay (University of Nebraska Press, 2005)

“Campaign All of Peace and Charity’: Gender and the Politics of Abolitionism in Porto Alegre, Brazil, 1879-1 888,” Slavery and Abolition (December 2001)

Covid-19 is an ongoing concern in our region, including on campus. Safety measures are in place, and campus community members and guests are additionally advised to take personal precautions. See the college's Covid-19 website for information about campus policies. For the latest research and recommendations from the CDC, visit cdc.gov/coronavirus.