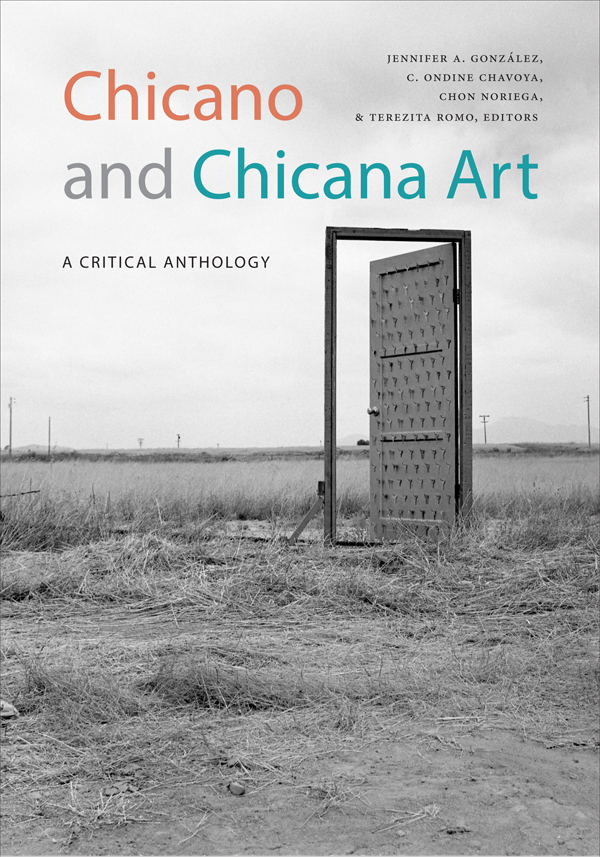 This anthology provides an overview of the history and theory of Chicano/a art from the 1960s to the present, emphasizing the debates and vocabularies that have played key roles in its conceptualization. In Chicano and Chicana Art—which includes many of Chicano/a art’s landmark and foundational texts and manifestos—artists, curators, and cultural critics trace the development of Chicano/a art from its early role in the Chicano civil rights movement to its mainstream acceptance in American art institutions. Throughout this teaching-oriented volume they address a number of themes, including the politics of border life, public art practices such as posters and murals, and feminist and queer artists’ figurations of Chicano/a bodies. They also chart the multiple cultural and artistic influences—from American graffiti and Mexican pre-Columbian spirituality to pop art and modernism—that have informed Chicano/a art’s practice.

Chicano and Chicana Art: A Critical Anthology is expected in February from Duke University Press.

About The Author(s)
Jennifer A. González is Professor of History of Art and Visual Culture at the University of California, Santa Cruz.

C. Ondine Chavoya is Professor of Art at Williams College.

Chon Noriega is Professor of Film, Television, and Digital Media at the University of California, Los Angeles.

Terezita Romo is Program Officer at The San Francisco Foundation.

Select Williams facilities and events are open to the public. Admission tours are available and guests are welcome at the Williams College Museum of Art, Sawyer and Schow Libraries and outdoor athletic events. Visitors are also welcome at indoor competitions and some performances and events. Proof of vaccination and masking are required for entry. See the Visiting Campus page for details.